Death in the Desert: The Complete Spaghetti Westerns Film Guide 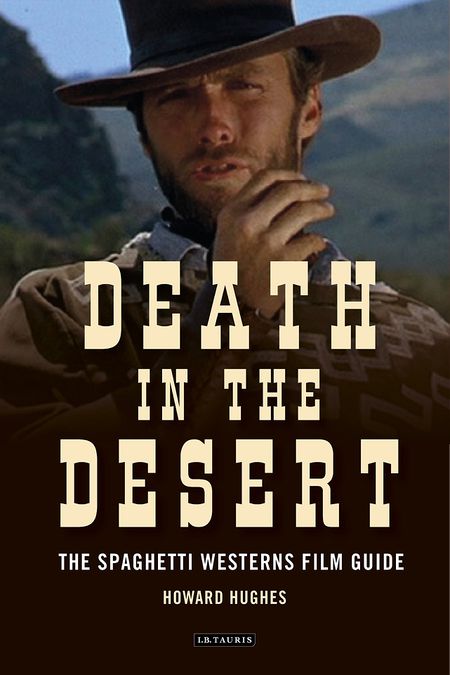 Instantly recognizable from their music and visual style, spaghetti westerns are a magnificently popular cult film genre. Through home media, they've stayed alive and available to an avid audience, enjoying remarkable influence and lasting success. In over 500 detailed film reviews covering 20 years of westerns in Europe, genre expert Howard Hughes portrays European western films and filmmaking during their frenzied, popular heyday. He narrates the spaghetti western story from the genre's early, tentative days to its explosive golden era following the success of A Fistful of Dollars and the mass-produced scramble of films that swamped cinemas in the late 1960s, before the gradual falling off of enchantment with the genre. Death in the Desert also covers other westerns made in Europe in the 1960s and '70s: the early West German "Winnetou" westerns, swashbuckling Spanish "Zorro" movies, kung-fu westerns, German musical and comedy westerns, American and British westerns filmed in Spain and East Germany. This essential read for cinephiles, collectors and completists, is fully illustrated with rare posters and stills.

About the author: Howard Hughes is a film writer and historian. He is the author of Aim for the Heart: The Films of Clint Eastwood and, in his Filmgoers' Guide series for I.B. Tauris, From Stagecoach to Tombstone, Once Upon a Time in the Italian West, Crime Wave, When Eagles Dared and Outer Limits: The Filmgoers' Guide to the Great Sci-Fi Films. He has written for film magazine 'Cinema Retro' and writes film commentaries on Arrow DVDs. He is contributor to The James Bond Archives, the official fiftieth anniversary celebration of 007.

Retrieved from "https://www.spaghetti-western.net/index.php?title=Death_in_the_Desert:_The_Complete_Spaghetti_Westerns_Film_Guide&oldid=104186"
Category:
Cookies help us deliver our services. By using our services, you agree to our use of cookies.