Ennio Morricone, Original soundtracks 1964-2015 comes in Volume I and Volume II and is a soundtrack collection 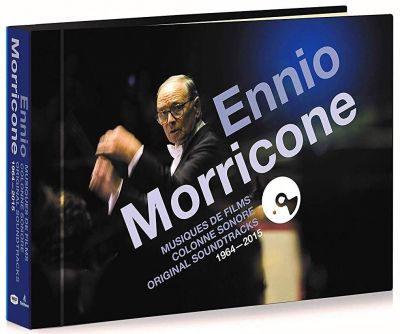 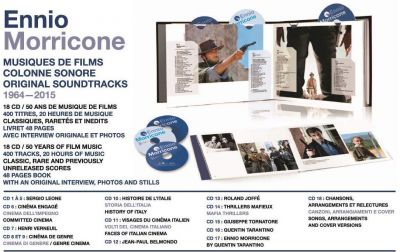 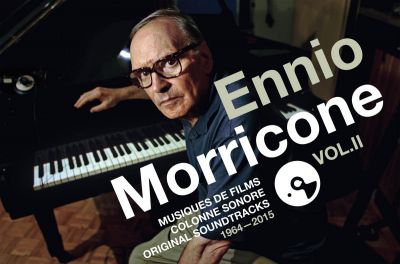 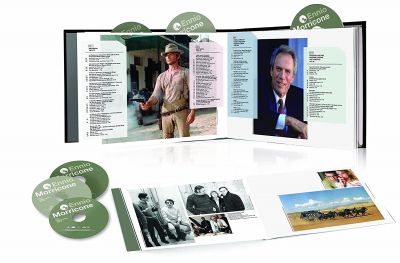 50 years of film music collected in 18 Thematic CDs, 400 tracks for over 20 hours of music. A great recording project dedicated to Ennio Morricone, made in thanks to his personal collaboration. A journey through the original versions of the unforgettable themes written for Sergio Leone, Bernardo Berolucci (1900), Henri Verneuil (The Sicilian Clan), Roland Joffe (The Mission), Brian de Palma (The Untouchables), Giuseppe Tornatore (Cinema Paradiso) and Quentin Tarantino (The Hateful Eight). It also features rarities like the music of Orca and The Key and others, plus a CD of songs and covers featuring Sting, Joan Baez, Charles Aznavour, Andrea Bocelli & Ariana Grande, Chico Buarque, Charlie Haden & Pat Metheny, Kyle Eastwood (daughter of the famous Clint), Gerard Depardieu and many others. This limited deluxe edition comes with a 48-page booklet with an exclusive interview with the Maestro, photos and original film posters.

Retrieved from "https://www.spaghetti-western.net/index.php?title=Ennio_Morricone,_Original_soundtracks_1964-2015&oldid=127516"
Categories:
Cookies help us deliver our services. By using our services, you agree to our use of cookies.