Four Artists and a Man with No Name

Most people know that Sergio Leone’s A Fistful of Dollars was a rewriting, in western form, of Akira Kurosawa’s Yojimbo (1961). Most of them are also aware of the fact that Kurosawa’s movie goes back, for most part, on a classic American novel, Red Harvest, by Dashiell Hammett. What is often overlooked, is that Sergio Leone wasn’t the only Italian director who was interested in a remake of Yojimbo. Kurosawa’s movie premiered in Rome in 1963 and according to Alex Cox it was Enzo Barboni – the later director of the Trinity movies – who brought the film to Sergio Leone’s notice. Leone went to see the movie with his wife, and immediately saw possibilities for a western remake. He spoke about it with another young director, Sergio Corbucci, and discovered that his colleague had the same idea. Suddenly the two Sergios became rivals. Corbucci has always sustained that, without a few set-backs in the production, he would have finished his first personal western, Minnesota Clay, before Leone finished A Fistful of Dollars. This could have made him the Sergio and Leone the other one. But Leone got his Kurosawa adaptation off the ground first, and Corbucci would become – and stay forever - The Other Sergio.

If you’re still in doubt whether or not Dashiel Hammett’s Red Harvest is at the base of things, just read the novel’s synopsis on the Dashiel Hammett website (1):

The small northwestern mining town of Personville has been taken over by gangsters, lock stock and barrel. It’s up to the Continental Op to return Poisonville (as he calls it) to the decent citizens, if there are any ... The Op systematically turns faction against faction, and they obligingly begin to wipe each other out. As the bloodbath escalates, he discovers to his own horror that he’s actually enjoying the carnage. 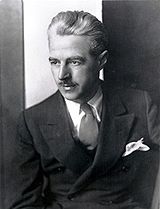 There are, admittedly, a few differences between Red Harvest and the movies it inspired. To begin with there are more then two warring factions in the novel, and the nameless detective, The Continental Op (he's an operative for a detective agency), is not a passer-by, who accidently arrives in the town of Personville. He has been called to Personville ('Poisonville') by one of the inhabitants, the son of a powerful industrialist, who is murdered before the Op gets the chance to meet him. He is subsequently hired, by the industrialist, to clean up the city. After he has solved the murder of the son, the father wants to renege on the agreement, but the Op refuses. He befriends the local police captain and a femme fatale called Dinah Brand and uses them to stir up things and to provoke a gang war. Dinah Brand is presented as a cunning, but quite reckless person, seductive but also easily seduced, especially by money. The Op knows how to play upon her weaknesses, but is, at the same time, fascinated and puzzled by her. As he puts it himself (the novel is a first-person narrative): “She looked as if she were telling the truth, though with women, especially blue-eyed women, that doesn’t mean anything.” This is, by the way, a fine example of Hammett’s laconic and elegant style of writing.

Hammett had Marxist sympathies and saw his bleak and cynical story most probably as an allegory on the moral bankruptcy of the capitalist society. The gangsters who have taken over Poisonville, were originally hired by the industrialist, Elihu Willsson, to break a strike. It’s a perfect illustration of the Marxist idea that the Capitalist society inevitably creates its own downfall. Red Harvest was published in 1929, the year of the great Wall Street Crash, which seemed to confirm Hammett’s ideas about capitalism. In a remarkably short period, he wrote the five novels that would make him immortal, including The Maltese Falcon and The Glass Key. They all breathe the atmosphere of the Great Crash and the Depression era. The Continental Op is the proverbial last man standing after capitalist forces have devoured each other. He’s a man who has got a job to do: it’s a dirty job, but it must be done, and when it’s over, he makes off: “This damned burg's getting me. If I don't get away soon I'll be going blood-simple like the natives.”

Today Red Harvest is considered as a literary masterpiece and TIME included it in the list of the 100 best English language novels of the 20th century. It has never been adapted to the screen directly, even though filmmakers like Bernardo Bertolucci, Mel Gibson and David Lynch have expressed plans in that direction. The latest revision, according to some, is the HBO series of Deadwood. In the sixties, three filmmakers used the story of a town ruled by warring factions and the nameless man in the middle. It all started with Akira Kurosawa, who transported the story to 19th Century Japan, after the fall of a shogunat. 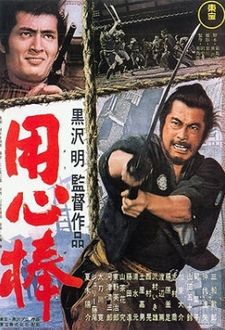 In Yojimbo, the detective has become a ronin, a masterless samurai, who arrives in a town run by two rival gangs. The samurai doesn’t like the situation and tells the local bartender that all these corrupted people had better be dead. He first kills a few thugs, then offers his services as a bodyguard (yojimbo), to both sides, a situation which will enable him to push matters to extremes. We’re on the brink of modernity, symbolized by the film’s main villain, Onosuke, who’s in possession of a gun. The world described by Kurosawa in Yojimbo, is one of corruption and decay. What must have fascinated Kurosawa in Hammett’s story, was this idea of a ruthless, seemingly amoral person, wandering through a society falling apart, doing those kind of dirty jobs that had to be done. But while Hammett was looking forward to a radical political change, Kurosawa was looking over his shoulder, deploring a world that was about to be destroyed once and for all.

The Samurai, the Japanese counterpart (not the equivalent) of the European knight, had become more and more redundant after the introduction of firearms. Some of them became members of their master’s household, where they led an idle life, others became wanderers, devoid of means of living but upholding the famous bushido, the samurai’s chivalrous code of honour (2). This idea of the samurai as a noble loner, wandering in a changing, hostile society, has very often been stressed in Samurai stories. Moreover, firearms, a western invention, have nearly always been presented as a menace to the idealized Japanese way of life, symbolized not only by the moral standard of the samurai, but also by the divinity of the Emperor and the nobility of the shogun, reigning in his name. So the introduction of firearms, the fall of the shogunat, all these dramatic events were interpreted as a violation of the divine institution, Emperor-Shogun-Samurai, the god-given order of the country and its society.

Samurai stories and movies had always been popular in Japan, but there was a significant revival of them after WW II. Japan had lost the war, the country had to deal with a foreign occupation and the Emperor had to give up his claim to divinity. To many Japanese the humiliation was unsupportable: the author Yukio Mishima tried to revive the Samurai cult personally, and committed suicide by seppuko when he failed to convince his fellow Japanese that the country should reject ‘western modernity’ and turn back to its own ‘divine’ roots (3). Kurosawa never took up such an extreme position - his favourite filmmakers and writers (Ford, Shakespeare, Dostojevski) were all foreigners, and his films were often called ‘too western’, ‘not Japanese enough’ in his own country, but if we scrutinize his work attentively, his ‘message’ soon becomes obvious.

The wandering samurai in Yojimbo calls himself Kuwabatake Sanjuro, meaning something like Mulberry field, thirty years old. Instead of a real name, it’s more an indication of how we are supposed to see the character. It underlines his attachment to the land, and is also an indication that he, the wandering samurai, is still in the flower of his age. Toshiro Mifune was forty-one when Yojimbo was made, and no attempt was made to make him look younger. This might well have been a deliberate choice made by Kurosawa. The ronin is still trying to uphold his bushido, but has turned to drinking and become cynical. Kurosawa’s problem was the Japanese audiences would never accept a samurai who was – or at least seemed – totally amoral. The story needed an extra twist that would provide him with a motivation for his ruthlessness, and would also give him the chance to redeem himself. This twist is created by turning the greedy, seductive femme fatale Dinah Brand into an innocent farmer’s woman. In Red Harvest the beauty of the femme fatale is also fatal to herself; she is killed, and for a brief period, the Op is suspected of the crime. In Yojimbo she is not murdered but saved, and saving her, is the ‘crime’ the ronin is accused of by Onosuke and his father, who have forced the woman to commit adultery.

Until he saves the woman, the samurai had been, more or less, the catalyst of the hostilities, cleverly playing out the factions against each other, but now he becomes the direct opponent of the main villain, Onosuke. He is exposed and brutally tortured, but escapes, recovers from his wounds, and faces Onosuke and his men in a violent showdown. The entire episode of the woman and her family also refers to the traditional opposition, often expressed in Samurai movies, between those who live off the land and those who live by the sword. Like in The Seven Samurai, the farmers are the true winners, and in their salvation, lies the true redemption of the ronin.

Hammett deserves all the praise he received in recent years, but personally I don’t think Red Harvest is his best book. The Glass Key has more emotional depth and The Maltese Falcon is more suspenseful. Hammett turned four short stories he had written in the previous decade into one novel, and it shows. Red Harvest is beautifully written, but the narrative often feels a little disruptive. Yojimbo, on the other hand, is in my opinion Kurosawa’s best film. I have never been very fond of his large-scale epics, nor of his ‘more thoughtful’ movies, but Yojimbo is grim, funny, violent and compelling, one of the best films of its kind.

Retrieved from "https://www.spaghetti-western.net/index.php?title=Four_Artists_and_a_Man_with_No_Name&oldid=108429"
Categories:
Cookies help us deliver our services. By using our services, you agree to our use of cookies.