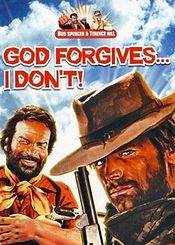 This is the first film with the famous duo Hill & Spencer, but it’s not really a Trinity movie (and that’s an understatement). It’s a violent, even sadistic thriller-western, highly influenced by Leone (Director Colizzi spent some time in his company to learn the trade). A train is robbed by a bandit, Bill San Antonio, who is supposed to be killed in a duel by a gunman called Cat Stevens. On the trail of the bandit, is a detective called Hutch, who is investigating the case for an insurance company. Through a series of flashbacks we see what happened on the night the bandit was supposedly killed. Cat understands he was used for a frame-up and sets out to find the bandit, with Hutch on his trail. When Cat is captured by the bandits, Hutch saves his life, but shortly after both men are captured and tortured. They manage to escape and subsequently face Bill and his gang in a final showdown.

This is also the first in a series of three westerns both actors made with this director (the others being Ace High and Boot Hill), and according to many the best. The script is quite intricate and demands all viewers’ attention. There are a few lulls, but the film is well-directed and beautifully shot. Recommended, but fans of the Trinity movies should beware.

Like most DFW releases this is a barebone release: there are no extras, only a (static) menu. This menu and the cover design aren't really elegant, but DFW has done even worse in this aspect. Otherwise this is the best release you’ll find on any market (that is: if you’re still able to find it). The film is presented in its OAR of 2,35:1 and the image has been anamorphically enhanced; there are a few outbreaks of specks and I spotted some isolated print damage like scratches or vertical lines, but this is all very minor and never really an issue. Colours are vivid (although in some scenes a bit stronger than in others) and sharpness and contrast rates are more than acceptable, so the image holds its right pretty well during the darker scenes. The only audio offered is the original English mono track. It’s a rather loud track, so you won’t have any trouble to understand dialogue, but there’s quite a lot of disturbance in the form of crackles and hiss. Apparently other voice actors were used than for the Trinity movies, which may unsettle some loyal fans of the duo. There are optional Dutch subtitles, in two different types (I found the second more pleasant to read).

This Dutch DFW DVD is an excellent release and probably the best way to watch the first western with Hill & Spencer. It's a must for every fan of the genre. 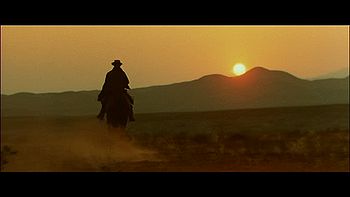 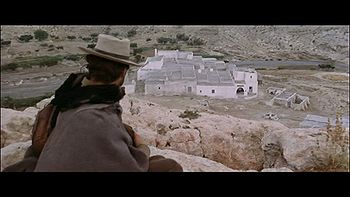 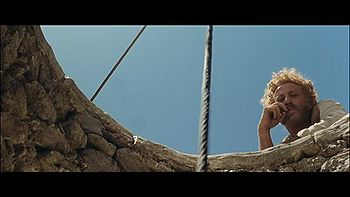