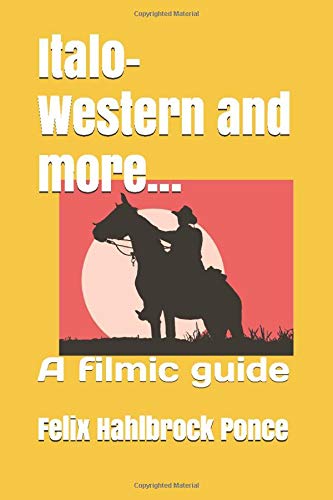 The American western launched great icons like filmmaker John Ford, or his namesake actor John Wayne, into stardom. The success of these films also reverberated in Europe. From the 1960s onwards, it was the Italians in particular who revived and renewed the western genre. Sergio Leone, specially, brought out true masterpieces. His Dollar Trilogy, which brought fame to the famous Clint Eastwood, caused such a sensation that in the following years the "spaghetti-western" trend would develop. Leone, Eastwood and Morricone (direction, acting and music, respectively) are the most prominent names in this European appendix of "cowboy" cinema set in the "wild west" but shot in the Old Continent.The Italian-style western, whose pioneers had been Leone and Corbucci, would become even more popular than the original American western in some respects. For it was more violent, more raw, more direct, with less dialogue and more visual power, without so much idealization, without a clear distinction between good and evil. In other words: more realistic. For in the "Wild West", as its name suggests, there was not much room for scruples. In this book you will find reviewed several of the most emblematic Italo-Western films. From the classics of Leone or Corbucci to lesser-known feature films, which, without matching the works of the masters, follow the storylines and stylistic patterns of the sub-genre, sometimes contributing some innovations. In addition, we include as an appendix some western films that, without being Italian, have the same patterns of "spaghetti-western" (i.e.: amorality, violence, black humor...). Among those other films included in this guide, a special mention deserves "El Topo" by Alejandro Jodorowsky, which, besides being formally a western (clearly inspired by the Italian style), has a deep mystical-initiatic content.The purpose of this book is to serve as a guide for Italo-Western fans, compiling the most important and famous films of the subgenre, and including, as a curiosity, others that are less known or that, without being strictly Italo-Western, have similarities with that kind of cinema in terms of stories and style. Some of the following reviews have already appeared in Spanish language on the blog Alucine Cinéfago, while most are unpublished so far.

Retrieved from "https://www.spaghetti-western.net/index.php?title=Italo-Western_and_more…:_A_filmic_guide&oldid=123709"
Category:
Cookies help us deliver our services. By using our services, you agree to our use of cookies.