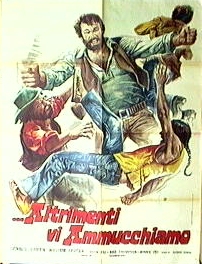 A Kung-Fu fighter and his brother run away from a very important fight in China and are trailed to the United States by his opponent, where he finds him and a gang of outlaws in a small western town.