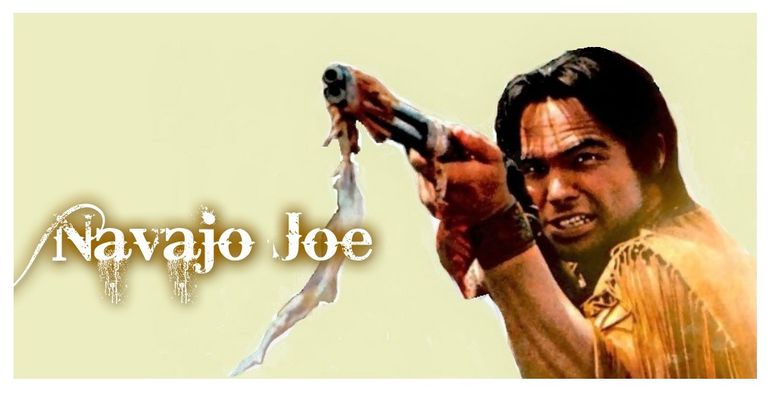 Navajo Joe is neither realistic nor authentic: Navajos lived in hogans (huts), not tipis (tents), and they were rather peaceful farmers, not fierce warriors; Burt Reynolds, who plays the Navajo, is of Cherokee descent , but behaves more like an Apache (and is dressed like no particular Indian at all); when Joe surrenders to Duncan (who drags along the gorgeous Nicoletta Machiavelli by her hair) he could’ve easily shot the guy’s brains out. All true, but at the same time Navajo Joe is a tremendous action movie: hardly five minutes pass without Burt shooting, stabbing or clubbing an opponent to death. He jumps off rocks, overthrows horses and riders, shoots his rifle from the hip and throws tomahawk and knife with utmost precision (*1). For it's time the movie is remarkably violent; in many countries scenes were (partly or entirely) cut: the killing of a mother with a baby during the train assault, the killing of the priest in church, and the marking of a victim’s forehead with a tribe symbol by Joe, prior to killing the man with a stone (*2)