Difference between revisions of "SWDB Hall of Fame/Supporting Actors" 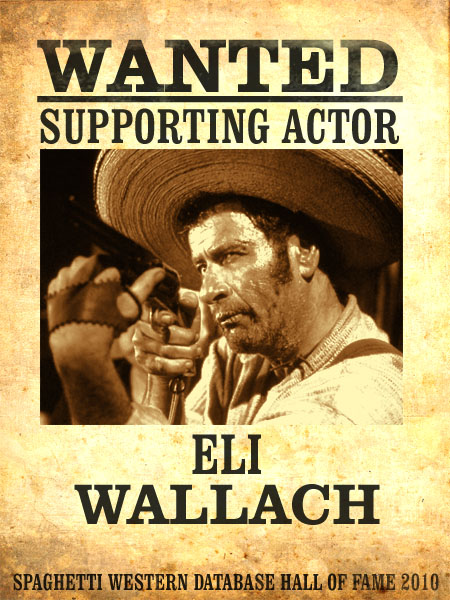 December 7, 1915 (Brooklyn, New York, USA)- June 24, 2014 (New York, New York) Wallach enjoyed a long and storied career as one of Hollywood’s finest character actors, but it is a role in a Spaghetti Western for which he is most recognized. The Jewish American’s portrayal of sneaky but lovable Mexican Bandit Tuco in Sergio Leone’s The Good, the Bad and the Ugly (1966), may very well have been the finest individual on-screen performance ever in a western. Wallach also had important roles in 3 other Italian westerns, lending support to Terence Hill and Bud Spencer in Ace High (1968), Franco Nero and Lynn Redgrave in Don't Turn the Other Cheek (1971), and Giuliano Gemma and Tomas Milian in Sergio Corbucci’s The White, the Yellow and the Black (1975). Outside of the Italian western genre, he has had important roles in several notable Hollywood westerns, The Magnificent Seven (1960), How the West Was Won (1962) and The Misfits (1961). He played a key roles in The Godfather: Part III (1990) and How to Steal a Million (1966) and has also enjoyed an illustrious Broadway and stage career. Even into his 90s, his career was still going strong, appearing in such films as The Holiday (2006), The Ghost Writer (2010) and Wallstreet: Money Never Sleeps (2010).
Year of Induction: 2010 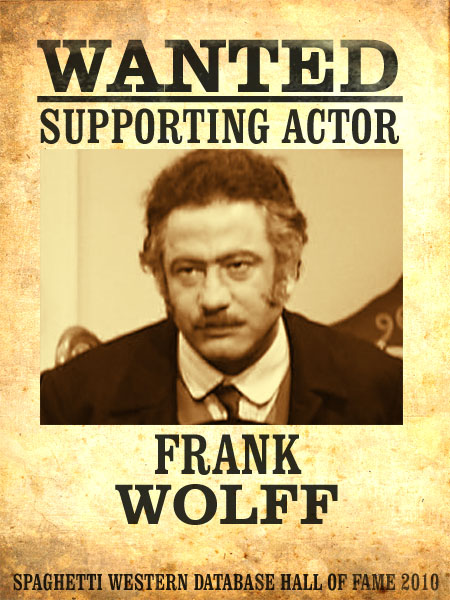 May 11, 1928 (San Francisco California, USA)- December 12, 1971 (Rome, Italy) He was an incredibly versatile and talented character actor who appeared in 10 Spaghetti Westerns. Although his best known role was a small one, that of Claudia Cardinale’s ill-fated husband in Once Upon a Time in the West (1968). He had much larger roles playing the dutiful sheriff in The Great Silence (1968), the main villain in both God Forgives, I Don't (1967) and A Stranger in Town (1967), and the comic sidekick in I Am Sartana, Your Angel of Death (1969). He even narrated the Spaghetti Western documentary Western, Italian Style (1968). Wolff’s career encompassed many genre’s, with important roles in Academy Award winning drama America, America (1963), Italian crime films Salvatore Giuliano (1962) and Milano Calibro 9 (1972), guest TV roles in “Rawhide” and “The Twilight Zone”, and American B pictures directed by Monte Hellman (The Beast from the Haunted Grave, 1959) and Roger Corman. Tragically, his career was cut short when he took his own life in a Rome hotel room.
Year of Induction: 2010 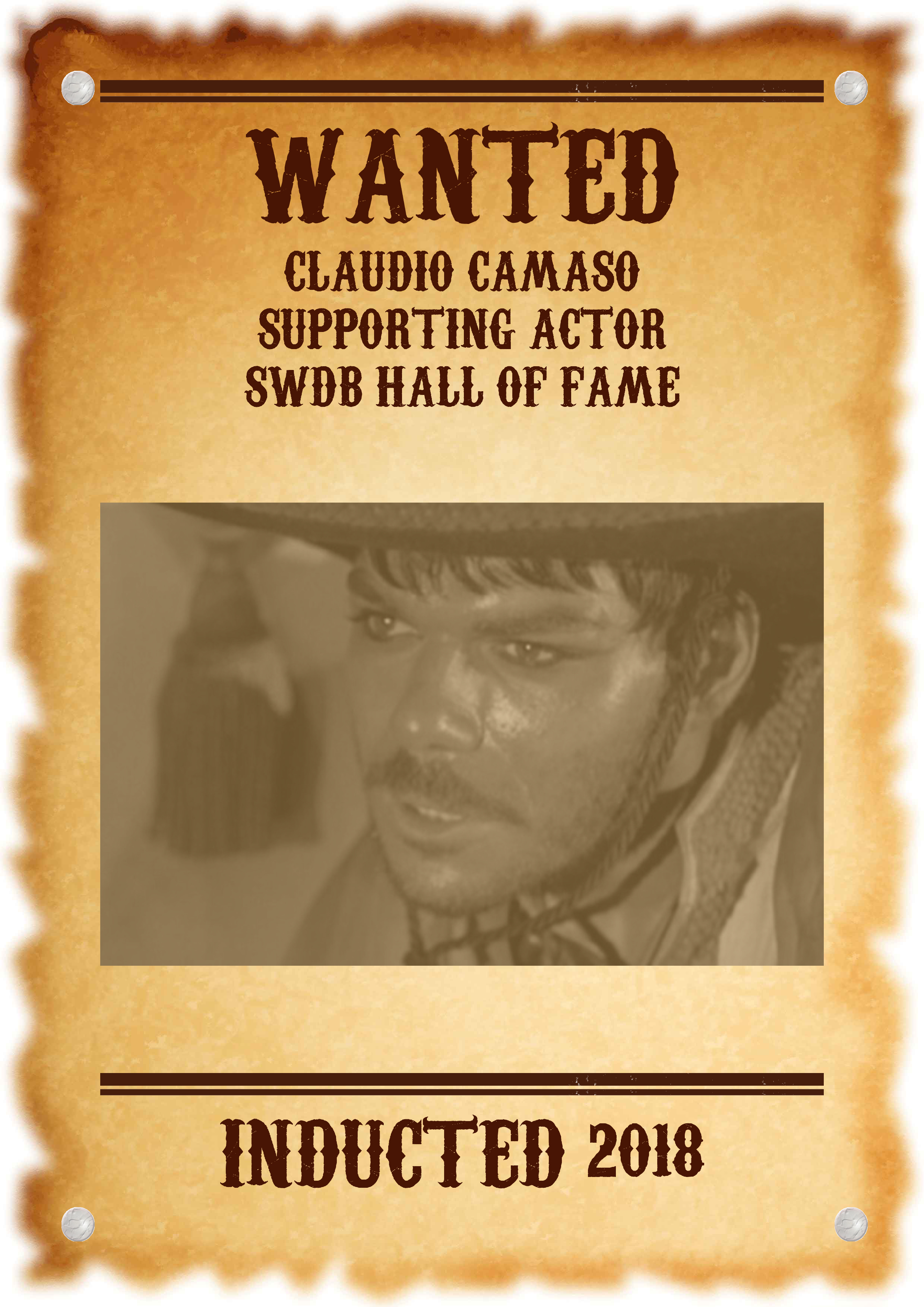 January 12, 1934 (Rome, Italy) - September 16, 1977 (Rome) Born Claudio Volonte, the younger (by one year) brother of the more famous Gian Maria Volonte nevertheless carved out a respectable career, starring in 5 Spaghetti Westerns, usually as a top billed villain. Camaso is probably best known for starring opposite Gianni Garko in Vengeance is Mine aka $100,000 for a Killing (1968) and 10,000 Dollars for a Massacre aka 10,000 Blood Money (1967). He also starred opposite Richard Harrison in Vengeance (1968). Outside of the genre, his best known role was in Mario Bava’s Bay of Blood (1971). Unfortunately his life ended in infamy in 1977, when he hung himself in a prison cell after killing a member of the film crew in a quarrel.
Year of Induction: 2018