The Art Of Sergio Leone's Once Upon A Time In The West: A Critical Appreciation 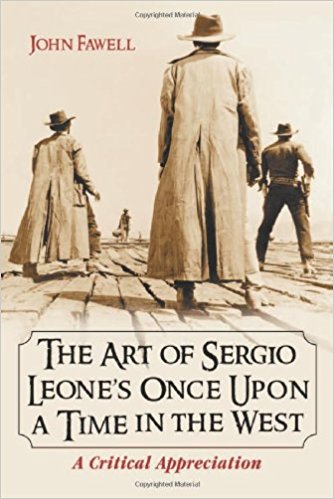 Few directors are characterized by both extraordinary film craft and the ironic reputation for lowbrow films. Despite his many achievements as a child of the Italian Cinecitta studios, however, Sergio Leone has been judged severely by writers who find his films lacking in ideas and moralists who find his films unduly cynical. Nevertheless, Leone’s greatest cinematic achievement, Once Upon a Time in the West, served to refute these criticisms while exposing the director’s unique romanticism and artistic ambition. As Leone’s fourth successful American western film, Once Upon a Time in the West earned him acclaim for liberating the western genre, restoring it to a place of antique American simplicity. The principal goal of this book is to sharpen an appreciation for Sergio Leone and his most famous American western. The first two chapters deal with the relationship between Once Upon a Time in the West and the western films that preceded it, particularly those of John Ford. Subsequent chapters concentrate on the central characters of Once Upon a Time in the West, with special attention to Jill, Leone’s first female protagonist and a surprisingly successful character, central to the plot and accorded a kind of existential strength usually reserved for men in Westerns. The sixth, seventh and eighth chapters address Leone’s visual style, which represents a unique fusion of Hollywood classicism and modernism, and reveals the influences of Italian Surrealism and the French New Wave. The final chapters explore the rhythm, romanticism, and musical character of Once Upon a Time in the West, espousing the theory that Leone’s approach to film is, above all, musical.

Retrieved from "https://www.spaghetti-western.net/index.php?title=The_Art_Of_Sergio_Leone%27s_Once_Upon_A_Time_In_The_West:_A_Critical_Appreciation&oldid=109363"
Category:
Cookies help us deliver our services. By using our services, you agree to our use of cookies.