Transnationalism and Imperialism: Endurance of the Global Western Film 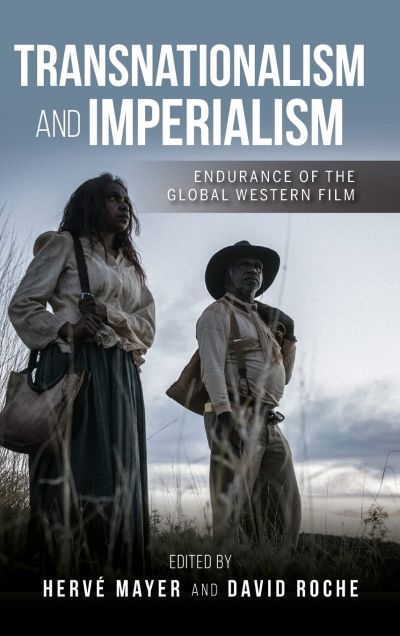 While Western films can be seen as a mode of American exceptionalism, they have also become a global genre. Around the world, Westerns exemplify colonial cinema, driven by the exploration of racial and gender hierarchies and the progress and violence shaped by imperialism. Transnationalism and Imperialism: Endurance of the Global Western Film traces the Western from the silent era to present day as the genre has circulated the world. Contributors examine the reception and production of American Westerns outside the US alongside the transnational aspects of American productions, and they consider the work of minority directors who use the genre to interrogate a visual history of oppression. By viewing Western films through a transnational lens and focusing on the reinterpretations, appropriations, and parallel developments of the genre outside the US, editors Hervé Mayer and David Roche contribute to a growing body of literature that debunks the pervasive correlation between the genre and American identity. Perfect for media studies and political science, Transnationalism and Imperialism reveals that Western films are more than cowboys. They are a critical intersection where issues of power and coloniality are negotiated.

About the Author
Hervé Mayer is Assistant Professor of American studies and cinema in Montpellier, France. He is author of Guerre sauvage & empire de la liberté (Savage war and empire of liberty) and La Construction de l'Ouest américain dans le cinéma hollywoodien (The construction of the American West in Hollywood cinema) and has published several articles about the Western and the politics of US cinema.

David Roche is Professor of film studies in Montpellier, France. He has authored and edited several books, among them Quentin Tarantino: Poetics and Politics of Cinematic Metafiction, Making and Remaking Horror in the 1970s and 2000s: Why Don't They Do it like They Used To?, and Women Who Kill: Gender and Sexuality in Film and Series of the Post-Feminist Era.

Retrieved from "https://www.spaghetti-western.net/index.php?title=Transnationalism_and_Imperialism:_Endurance_of_the_Global_Western_Film&oldid=130157"
Category:
Cookies help us deliver our services. By using our services, you agree to our use of cookies.