Two Pistols and a Coward Review 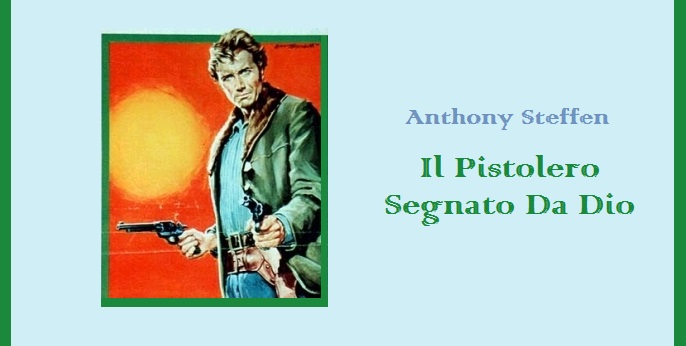 The fourth and final spaghetti western by director Georgio Ferroni, not as successful as the trio of westerns he made with Giuliano Gemma (1). Anthony Steffen is Gary McGuire, a pistolero working as a circus artist called Hurricane West, the fastest gun alive. Gary is idolized by a young boy, Tony, an orphan whose parents were killed by bandits a couple of years ago. But Gary is a man with a terrible secret: as a boy he caused the death of three people, among them his own brother, when he fired a shot that started a stampede of a herd of cattle. He was whipped for his stupidity and this punishment left a mark in his neck. Gary thinks it's a sign of God: a divine order never to use violence against human beings (1). In the circus ring, when entertaining audiences, he’s the fastest gun alive, but in the real world, Hurricane West is a coward.

The story takes a dramatic turn when Gary is asked by the townspeople to join their posse after a bank robbery. He is credited for shooting five bandits but in reality the five men were killed by their leader, who didn’t want to share the loot with them. The bandit subsequently defies Gary for a shooting contest in the circus ring, exposing him as a coward in front of his own audience. From hero to zero is a small step, and Gary soon becomes a hopeless drunk, but then the boy is kidnapped by bandits who have discovered that he knows where his father has hidden a large sum of money prior to the massacre ... Gary must now find his composure and act like a real pistolero ... 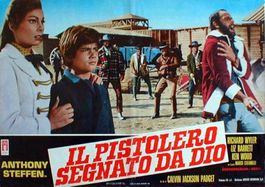 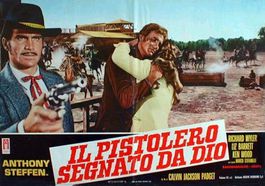 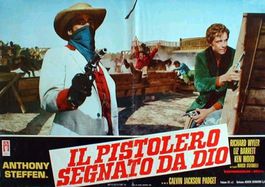 Steffen is cast against type (for large parts of the movie) and turns in a remarkably “un-wooden" performance, notably in the scene in which he chickens out while stalking a group a outlaws. With a story about redemption rather than revenge, the film is one of the more ‘americanized’ spaghetti westerns; the scenes set in the circus are almost ‘Saturday matinee’ in feel (2). Unlike most of his colleagues, Giorgio Ferroni (1908-1981) had reached middle age when the spaghetti craze broke out. He was brought up with Hollywood westerns and strongly influenced by them. His movies often feature a character looking for self-esteem or respect, a person who must prove that he’s innocent of murder or theft, or - in the case of Steffen in this movie - that he’s not a coward.

The story may feel a little corny, complete with some commonplace psychology (Steffen’s mental block is lifted after he has - accidently - killed one of Tony’s kidnappers), but it serves the movie pretty well. The action scenes are unmistakably Cinécittà, not Hollywood, with ultra-swift gunplay and the obligatory semi-comic brawl in the saloon. The body count is rather high. Some of the costume design is definitely not up to Versaci’s usual standards but otherwise the movie manages to hide its low budget pretty well. Overall this is nice ‘little’ spaghetti western, nothing special, but easy to enjoy. For once the boy is not too irritating, Gia Sandri is deliciously wicked as a two-faced saloon girl and it’s good to see supporting actors like Cianfriglia and Pazzafini in bigger roles.

Gary McGuire works in a circus as Hurricane West, the fastest gun alive, and is idolized by a young boy, Tony. In reality, Gary is a coward. When Tony is kidnapped by bandits, he must act like a real pistolero. A nice ‘little’ spaghetti western, nothing special, but easy to enjoy

Retrieved from "https://www.spaghetti-western.net/index.php?title=Two_Pistols_and_a_Coward_Review&oldid=122630"
Category:
Cookies help us deliver our services. By using our services, you agree to our use of cookies.