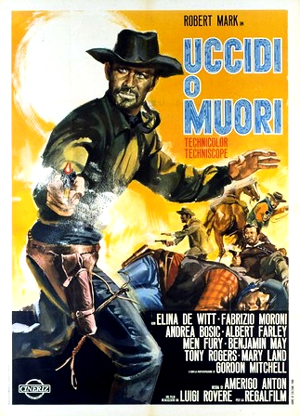 A violin-playing gunslinger accidently gets caught in a feud between two families. One of them forces him into a showdown and he kills him. He then must escape from the wrathful family and is accused wrongly for killing 2 deputies. He is saved by an old man, who helps him to get revenge and to prevent the girl he loves from marrying a murderer.

Tanio Boccia's first SW tells a simple story, which follows the patterns of an American B-Western, but was made clearly in the Italian style. A good production design and some good action scenes help to turn the limited stuff into an solidly entertaining SW.