Vendetta at Dawn Review By JD 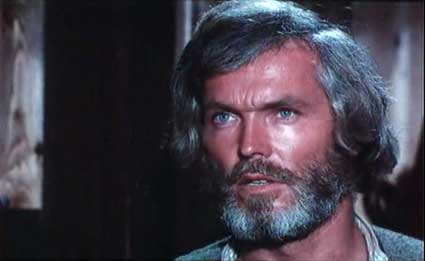 In my neverending quest to provide you, our dear readers, with fresh content, I have to sit through some movies that, if I weren't writing for this site, I'd more than likely turn off after the first half hour. And so it goes. Sergio Garrone's 1972 effort, Vendetta at Dawn was one of those movies. Garrone is best known for his creepy Django the Bastard as well as several others, such as Killer Kid. Vendetta at Dawn has none of the uniqueness or style of DTB. It's a somewhat clumsy revenge piece, so there's not much to say about it, other than it was quite tedious to sit through. 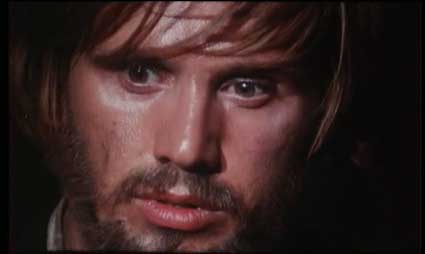 Genre regular George Eastman stars as George, a young guy who's returning from back east. He's going to get married, stay with his family for a bit, then head back east. Meanwhile, there's some prospectors in the area looking for gold named the Fargas brothers, and they're a particularly morally reprehensible bunch, raping and pillaging without reservation. When the Fargas brothers get their eye on robbing George's family, they do, raping his fiance, and killing all of them but the small boy. For a while, they are able to frame the murders on another gang who they conspire to set free as part of the set-up. George hunts them down and kills them, but soon, George figures out who the real killers are, catches up with the Fargas brothers and wipes them all out. 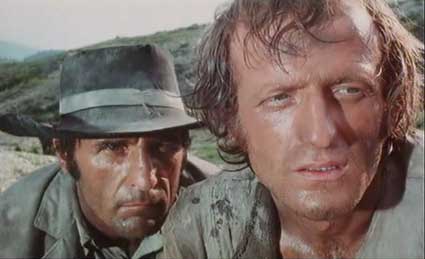 First off, I had an English language version of this, and the acting for the English dub was atrocious... stiff, wooden, uninspired, just awful. Regardless of that, the pacing was very clumsy. The Fargas boys, in particular Rod (Bruno Corazzari) are continuously behaving like rabid thugs, but there's no reason why, to the point that it starts to get ridiculous. It takes way too long to get to the murder of the family, and then the revenge is sort of anticlimactic. There's a lot of genre regulars in here: Hardin, Estman, Corazzari, as well as Guido Lollobrigida and Nello Pazzafini, but none of them are given much to work with here, and I found myself not really caring what happened to any of them. The final revenge, usually the tense climax of a good spaghetti, is completely lacking in any sort of suspense or drama. It's hard to write this review, as there was really nothing memorable about this film at all.

It's available as a German release by Simple Movie, as Django - Der Tag der Abrechnung. Avoid it, it's a waste of time.

This review is part of the A Fistful of Pasta archive

Retrieved from "https://www.spaghetti-western.net/index.php?title=Vendetta_at_Dawn_Review_By_JD&oldid=134320"
Category:
Cookies help us deliver our services. By using our services, you agree to our use of cookies.