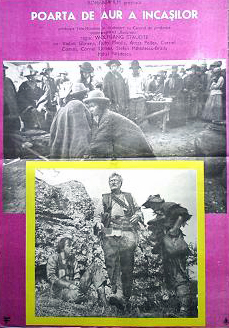 Having hired on for an oil company as a train driver, the engineer Brian Jones is sent to a South American country, where he is to secure the transport of oil. Very quickly Jones comes to realize that the region is teeming with bandits and murderers. He experiences a number of life-threatening adventures, but the biggest challenge is still to come: When Jones learns of a mysterious Inca treasure he makes every effort to find it at any price.

Broadcast on German and French television and shown in theatres in Eastern Europe.

Retrieved from "https://www.spaghetti-western.net/index.php?title=Verschollene_Inka-Gold,_Das&oldid=114568"
Categories:
Cookies help us deliver our services. By using our services, you agree to our use of cookies.