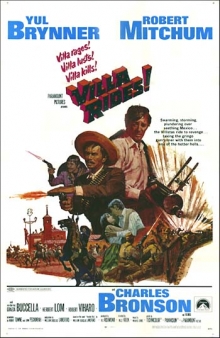 An American adventurer uses his plane to run guns to the Colorados. He is forced to stay in Mexico for a while when the landing gear of this plane must be repaired and then quickly finds out how cruel they are. When he’s captured by Pancho Villa and his revolutionary forces, Villa offers him a choice: aid the revolutionaries or die.

Retrieved from "https://www.spaghetti-western.net/index.php?title=Villa_Rides&oldid=132390"
Categories:
Cookies help us deliver our services. By using our services, you agree to our use of cookies.